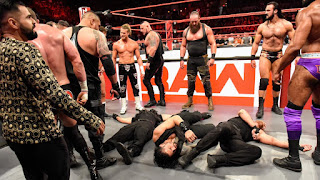 John Cena's Opponent for Hell in a cell 2018

Tue Sep 11 , 2018
John Cena’s Opponent for Hell in a cell 2018 john Cena is been missing in WWE since the greatest royal rumble, some rumors were come up that John Cena is returning to WWE, but not in smackdown brand but in the raw brand, since raw brand has number of superstar to […]