Skip to content
WWE Rumor: John Cena will come to help The shield? 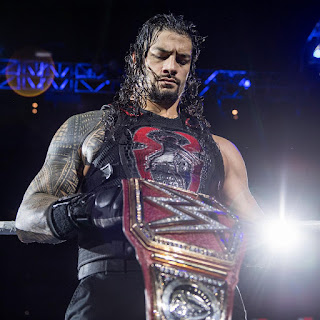 as we saw in the last episode of raw, the shield was heavily assaulted by the backstage superstars namely jinder mahal, Sunil Singh, brawn strowman, Drew McIntyre, Dolph Ziggler, and many more. the shield was brutally attacked by this superstars, they make the shield separated and attack each of them badly, brawn strowman powerslam roman reigns on the carpet and Dolph Ziggler and others threw Seth Rollins to the ambulance and then dean ambrose was powerslamed on the table.
but this happened, due to WWE wants strowman to be a heel and he is a heel now to make roman reigns champion as he is to remain for a long time. and make him a babyface and good guy in the eyes of WWE universe. but what we expect that could happen in next Monday night raw.
WWE rumors are spreading that the best time John Cena to return is now, helping the shield brothers. as they were getting assaulted on last Monday night raw, and also rumors spreading that John Cena is returning on raw to help the shield, is really that can happen, it can happen for just once because John Cena challenger is not announced and in the brawn between the shield vs brawn strowman and other backstage superstars.this is just a possibility to John Cena to get a new challenger to face at Hell in a cell , and I think that challenger to feud with next is Kevin Owens , Kevin Owens is doing his best to become the top guy , and getting match with John Cena at Hell in a cell is just amazing . or another opponent should be jinder Mahal, as John Cena has never gone one on one with jinder Mahal , its the right time to get it .
this was the possibilities that may happen at next Monday night raw. and may lead this matches to hell in a cell.