3 superstars are rumoured to be face brock lesner for universal championship at wrestlemania 35. guess who are they? 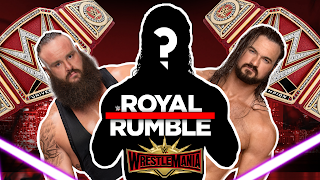 3.bobby Lashley : booby Lashley is rumoured to face brock lesner at wrestlemania 35 , there are plenty of rumors but this cant take place because wwe before have many chances to give bobby Lashley a championship match. but now its too late.So bobby Lashley cannot win royal rumble 2019.

2. drew McIntyre : drew McIntyre is doing great in wwe , but drew has low number of chances to be winner of 2019 royal rumble and to face brock lesner at wrestlemania for universal championship , because as drew McIntyre is in heel role now and wwe favourite part is that they love baby faces as roman reigns, john cena,etc .Therefore drew McIntyre will not be winning this years royal rumble

Sat Jan 26 , 2019
Roman reigns Debut Film ‘FAST AND FURIOUS’ As it was revealed today By The Rock aka Dwayne The Rock Johnson That Roman reigns will be working with him as his first film debut. The Rock Posted On Instagram    The brothers’ roar.  A Lil’ HOBBS & SHAW exclusive.  Good times […]