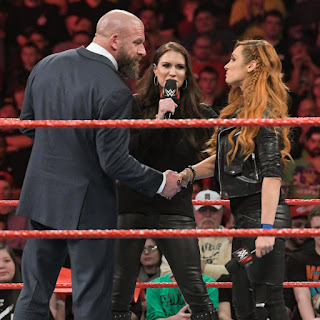 then Triple h talks about the match between Ronda Rousey and Becky Lynch, and Becky Lynch comes in the ring and then triple h make some moves, triple h says that you are on for the match between you and Ronda Rousey at WrestleMania 35, and the Becky lynch makes happy face, the triple sound comes to the point saying that you have to apologize Stephanie and me , your match is on at WrestleMania 35. becky’s answer was no for the apologize. 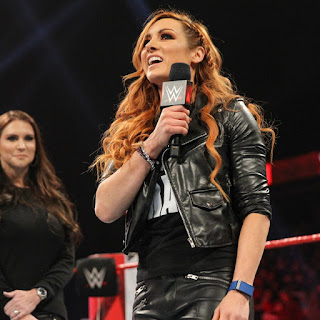 The Undertaker's Opponent At Wrestlemania 35 Revealed ?