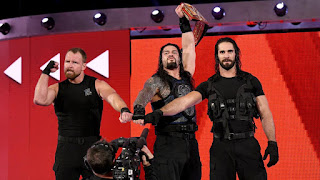 as a fighting champion seth rollins was introduced to his next opponent to face for his intercontinental championship on raw it was the prize fighter kevin owens
as it is said the man returns to home at end of the day , seth rollins retain his IC title with stomp.
Alexa bliss will be facing ronda rousey in hell in a cell at sept 16th , its official !
further results will be added soon!

Brock lesner returns to WWE or Not ?

Thu Aug 30 , 2018
Brock lesner returns to WWE or Not ? Brock lesner is been missing for 2 weeks after the biggest event of summerslam . at summerslam , the match between roman and brock lesner was history creating match, and after the match wwe reigns witness a new universal champion roman reigns but that […]