Kevin Owens Gives an Update On His Return. 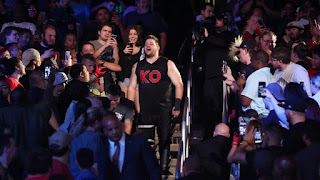