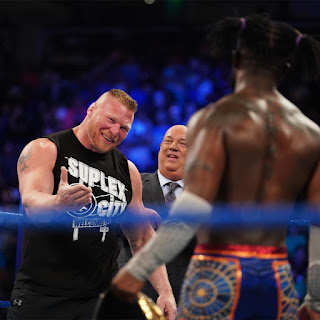 Quick Overview
The match is Set between the beast brock lesner vs Kofi Kingston for the wwe championship on Oct 4, 2019.

Mon Oct 7 , 2019
WWE Monday Night RAW 7th October 2019 Quick Preview WWE Monday night raw is going to be the epic one because we will see Seth Rollins as a universal champion in the ring and someone gonna challenge him for his title Or maybe the fiend Bray Wyatt will Appear For […]