AEW had success in Double and Nothing and now fans were excited for AEW’s weekly show. The debut of AEW Dynamite saw a big debut of former WWE stars. Well, let’s talk about the results of all the matches and segments in AEW Dynamite. 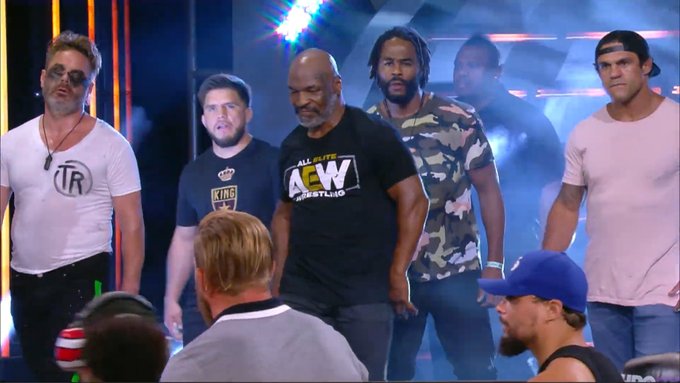 – Brian Cage defeated Lee Johnson. John Moxley was part of the commentary team during the match. After the match, Taz came into the ring and warned Moxley before the match.

– Brit Baker told in the interview that she will return from injury on All Out PPV on 5 September.

– Canny Omega and Hangman Page were seen watching TV in a segment.

– Cody interviewed and told that he would hold the Open Challenge for the TNT Championship every week.

All Elite Wrestling on TNT

@AEWonTNT
TNT Champion @CodyRhodes makes it an open challenge for the belt. Who’s up first? #AEWDynamite on @tntdrama 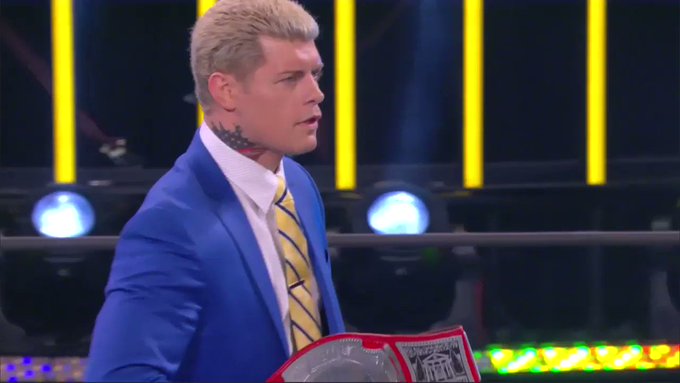 563 people are talking about this

– Jungle Boy won the Battle Royal and will challenge Cody Rhodes for the title next week.

WATCH: Mike Tyson, Henry Cejudo, Vitor Belfort and Rashad Evans brawl on AEW Dynamite with Chris…
On the post-Double or Nothing edition of AEW Dynamite, the promotion put a group of combat sports greats in the ring

– A magnificent segment of the inner circle was seen. Here Jericho targeted Mike Tyson and later got to see a big brawl.